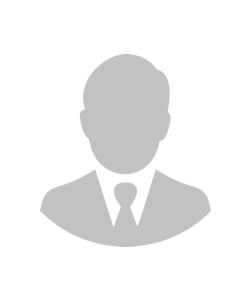 Fruits are important in the diet of man as they serve as natural sources of carbohydrate, vitamins and minerals.  Most fruits contain large quantities of sugar, and vitamins A and C which are not available in adequate quantities in the staple food.  Since fruits are normally eaten fresh rather than cooked, the vitamin content is not diminished in preparation.  Fruits are palatable and are often consumed in large quantities thus contributing greatly to nutrient intake.

Fruits form an integral part of the daily diet of many Nigerians, yet their study and production were several years taken for granted prior to the establishment of NIHORT in 1975.  The main reason for this may be due to the fact that a substantial proportion of fruits consumed are from incidental or traditional cropping systems.  Today, there have been improvement in the cultivation of fruits generally as there have been increase and accelerated awareness in the nutritional and economic values of fruits.

The following adapted, indigenous and exotic fruits are available and cultivable in Nigeria irrespective of their origin.

The potential of fruit in the nation’s food supply and agriculture cannot be fully realized until better varieties and improved agro-techniques are developed and made available to farmers.

The Fruits Research Programme of NIHORT in the past forty-three years have directed efforts toward acquiring indigenous fruit varieties for better productivity in order to meet the increasing demand for good quality food by the increasing population and expanding industries.

Considerable progress has been made in the Fruit Programme in the past 43 years. The details of achievements have been reported in in-house reviewed yearly with only the highlights hereby summarized

Fruits Programme remains the major repository of fruits in Nigeria.  Fruits germplasm of Plantain and Banana, Pineapple, Mango, Pawpaw, Guava, Avocado, Treculia and Irvingia of different varieties have been collected from within and outside Nigeria and maintained at the Institute’s headquarters and substations in various agro-ecological zones.  These fruits have been evaluated and selected for yield, consumption acceptability, ecological and ethnic preferences.

One of the major constraints to fruits industry development has been the non-availability of improved and uniform propagation materials in sufficient quantities at the planting season.

The Fruits Programme in addition to the selection of high yielding fruits varieties, have also developed low input rapid multiplication techniques which are cheap, adaptable and affordable by local growers.

These various techniques are available for different fruits.  They are briefly described for some fruits like:

This was based on the morphology of plantain and banana corms which lend themselves to the use of even their sword suckers for splitting. In this method, clean corms free from borers, weevil damage or nematodes are uprooted, cut into setts of 50 grams with or without eyes and treated immediately with a solution of 1% Benomyl (Benlate) fungicide.  These sects are air-dried for 24 hours and planted out in a mixture of 1:Iv/v mixture of forest topsoil and sawdust at a spacing of 15cm x 15cm in nursery beds or trays.

In this way, transplantable suckers can be produced within 8-12 weeks.  The multiplication ratio is about 1:20 using 7kg flowering corms.

This is similar to the Split Corm Technique (SCT) except that the corm should be splitted into about 4, 6 or 8 portions depending on size.  These are then treated in the same fungicide and planted in the same medium after air-drying.  They should be examined fortnightly for sprouts (eyes) and these should be carefully exercised and each splitted into four parts and treated exactly like the corm sets and planted.  In most cases, some of these splitted buds would produce multiple shoots which can be carefully separated and planted out.  This method can produce 500 suckers from one corm within a period of eight months (Adelaja, 1994)

Plantain and Banana can be forced to produce suckers on the field through several means such as the application of heat (fire) and by overcoming the apical dominance factors.  Periodical removal of suckers in this method can produce up to twenty suckers per stand between April and June on a very good soil (Adelaja, 1994).

Pineapple suckers can be generated using the following methods:

In this method, defoliated pineapple stem can be splitted into 4 or 6 fairly equal parts.  These parts are then cut into pieces of 20-25 gms each ensuring that each piece contains at least a dormant bud.  The stumps/stem pieces can then be planted in rooting medium of river sand, sawdust, top –soil or combination of two or all of them.  Plantlets from the dormant buds are then nursed to transplantable sizes for orchard planting.

This involves burying a defoliated pineapple stump in a desired rooting medium.  Sprouted plantlets are then harvested as they come.  These can be nursed for orchard transplanting.

Crowns of pineapple are splitted longitudinal into pieces of a minimum of 10gm each.  These pieces are planted out using appropriate medium.  Detach (milk) plantlets as they emerge for transplanting to the nursery while the original crown split pieces are replanted for subsequent milking.  A crown can be splitted into eight or more pieces; but the more the splitting, the longer the  time taken to reach field size and the less the percentage success (Ucheagwu and Obiefuna, 1991).

Mango can be propagated vegetatively by budding or grafting in replacement of the usual practice of direct planting through stones.  This involves the use of adaptable rootstock on which scion of the desired mango  cultivar can be mounted.  Seedlings resulting from this has been found to have several advantages over the age long practice of direct sowing of mango stones.

The indigenous fruits tree are usually found growing wild either on farmlands, backyard gardens or in the wild where they are traditionally propagated by nature through various dispersal mechanisms without a definite planting pattern.  Besides, little attention has been given to these crops in terms of research, even though they are highly demanded and cherished in those particulars areas of the country where they are found.

Investigations at NIHORT, have revealed that the use of 200ppm NAA for indigenous species especially irvingia gabonesis will cause rooting and shooting, with up to seventy percent success.